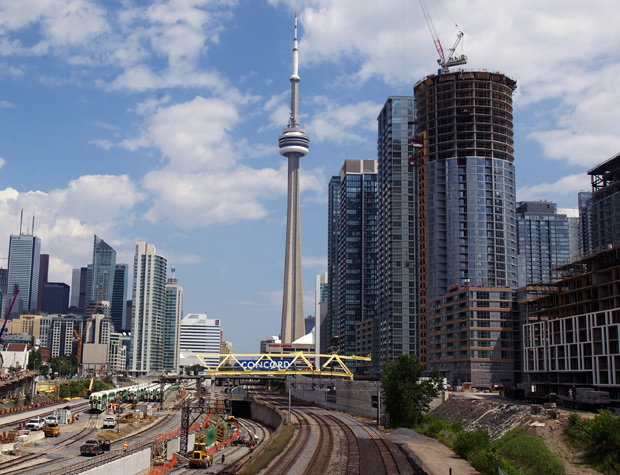 On any given day Toronto looks like this...'UNDER CONSTRUCTION' 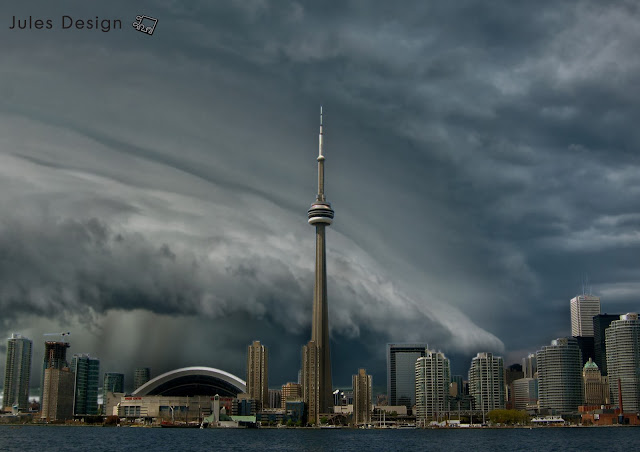 But when a FREAK storm hits it...it looks like this. Sheets of water dumped on the city in such enormous volume, visibility was zero and motorists had to stop where they were. Most of us have never seen rain like that before. It truly was abnormal. 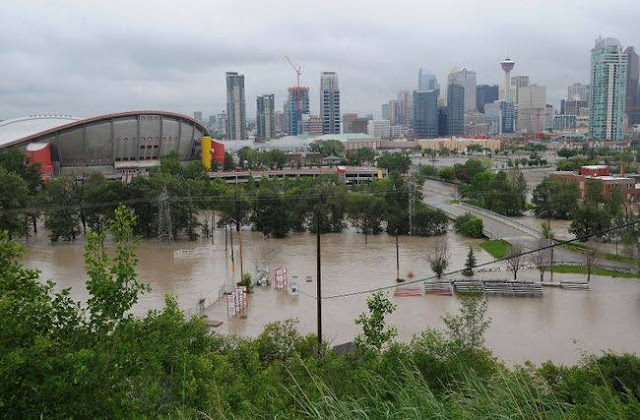 And the aftermath is this. Toronto has not been flooded like this since 1954 when Hurricane Hazel arrived for a visit. Even then, it wasn't nearly as bad. They had some advance notice before she hit town and prepared....but this storm created unprecedented flash floods.... no warning at all. 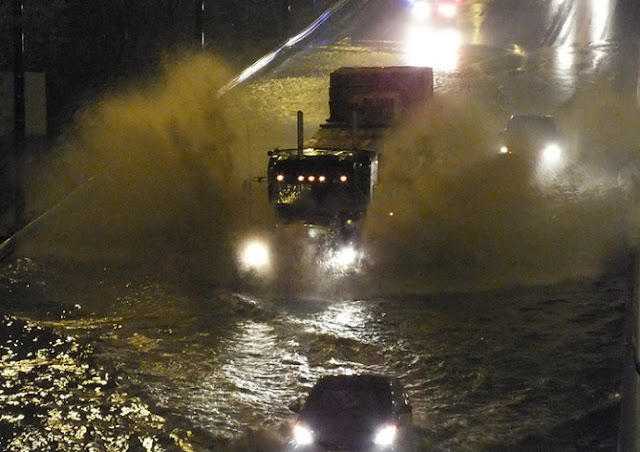 Most of the flash flooding happened within thirty minutes 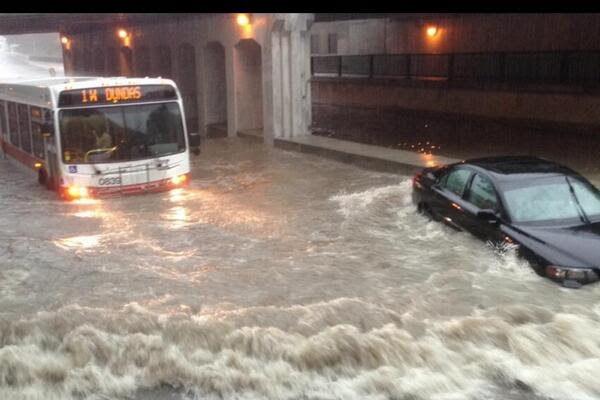 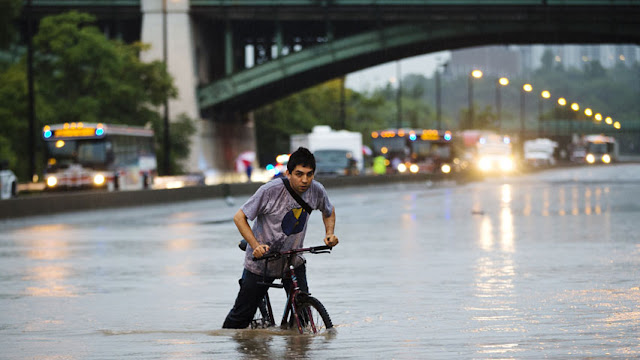 Picked  a bad day for a bike ride. Like so many Torontonians he was caught unaware and didn't get to safety in time. 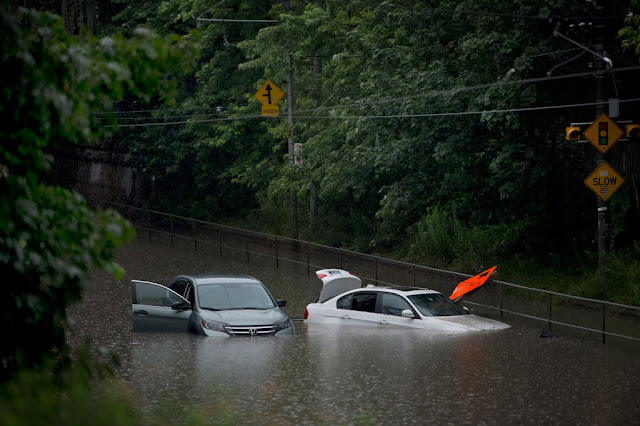 The sewers backed up in most of the Greater Toronto Area homes. Sewers exploded on most streets sending manhole covers flying like lethal weapons and filling streets with raw sewage. 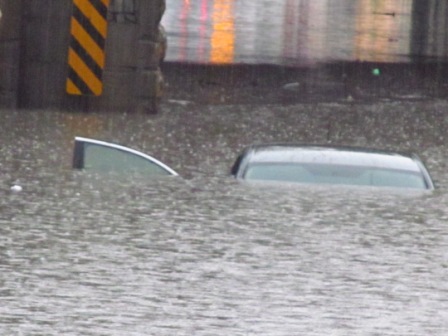 Cars were abandoned all over the city

Even the rescue teams ran into trouble 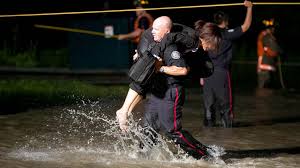 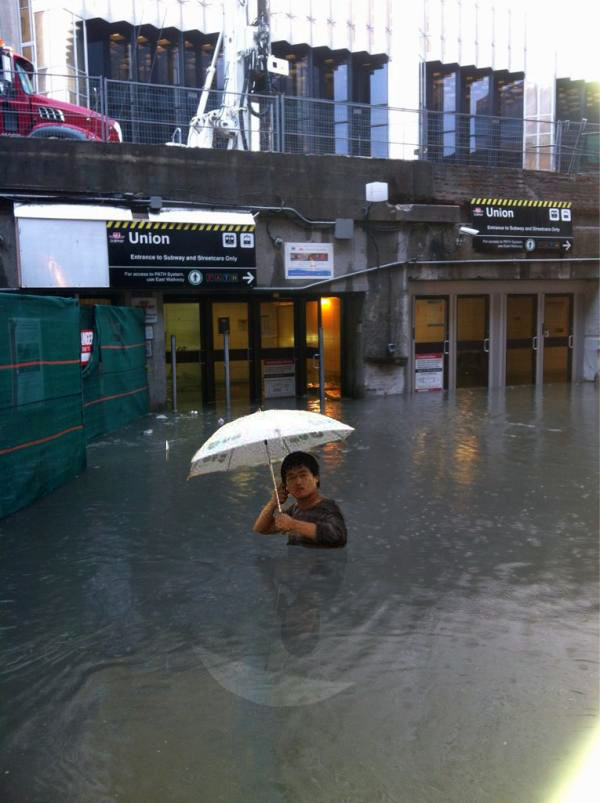 The subway was completely flooded 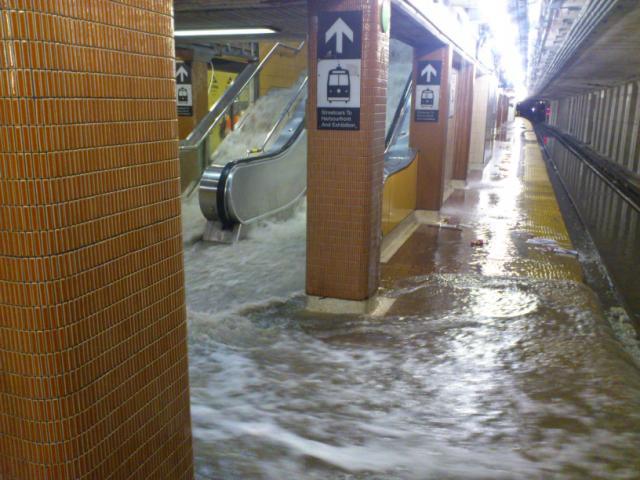 The flooding turned the subway steps into waterfalls and within a short time, completely submerged the tunnels

Okay...this is a slight exaggeration
But it is 'Shark Week' 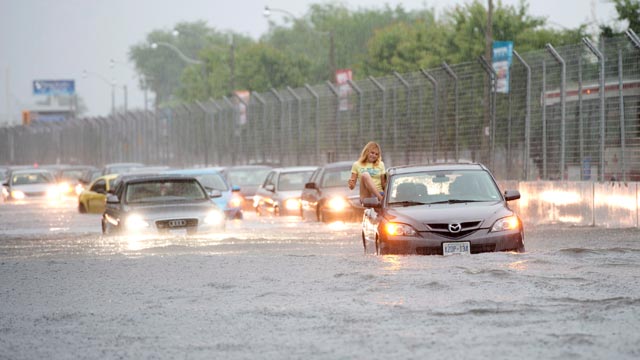 A damsel in distress decides to brave the waters 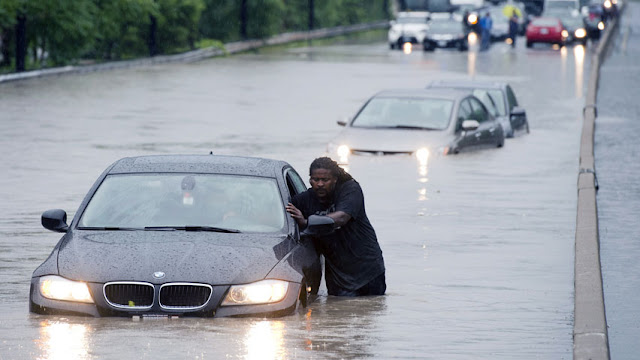 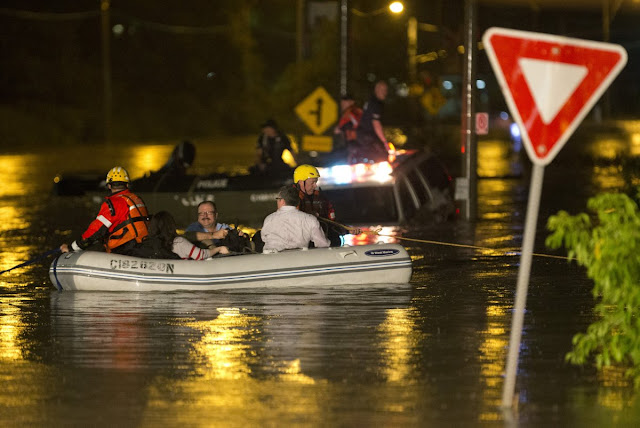 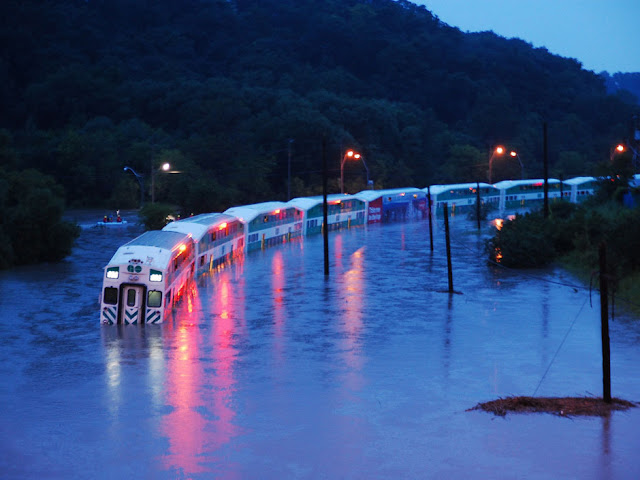 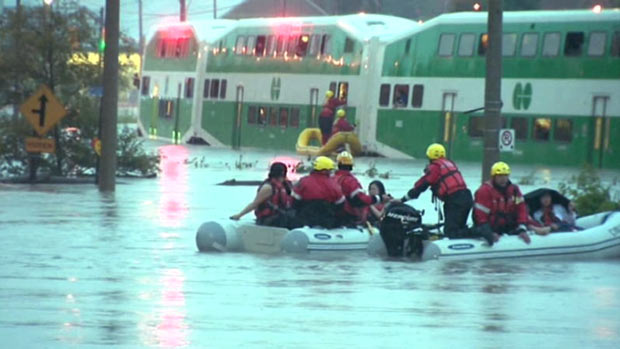 Rescue teams worked relentlessly to get passengers to safety in case the train was tipped by a water surge. The lower compartments of the train were flooded and the passengers all crowded into the upper floors. 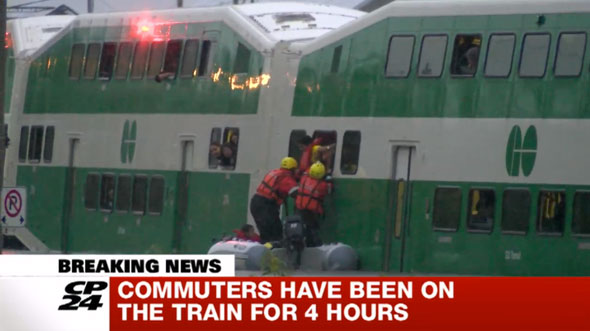 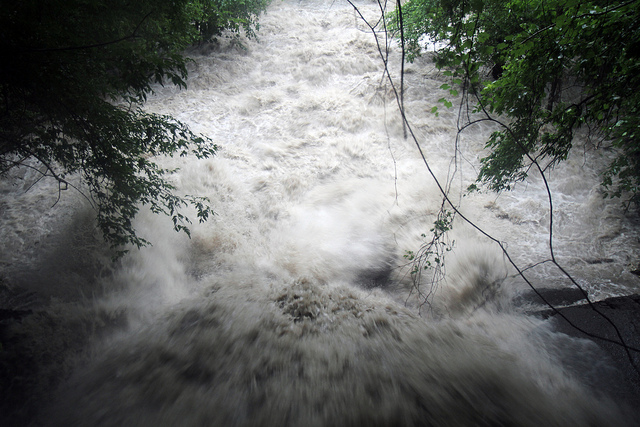 The gentle Humber River in Toronto became a dangerous torrent 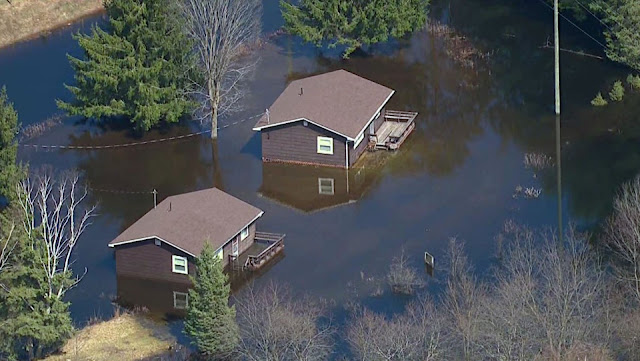 So far, large sections of the city are still without power. 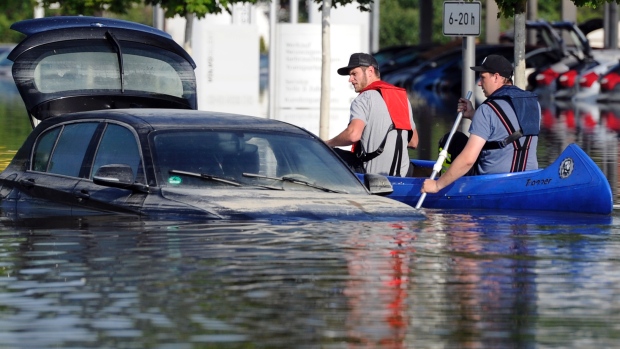 Good Samaritans abounded and performed many rescues for stranded motorists 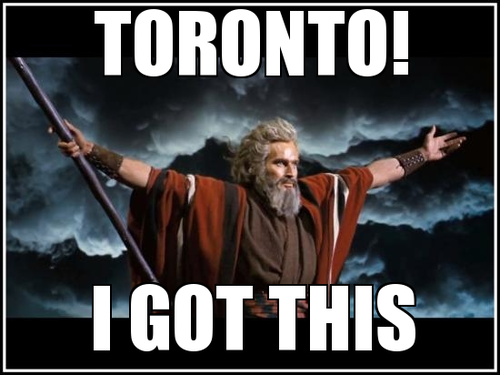 Where was this guy when we needed him?

Through this ever open gate
None come too early
None too late
Thanks for dropping in ... the PICs

Eternal Night - On Losing my Sight

The earth is an Eden of color and light; red and gold sunsets inspire awe and delight. The sky is an ageless blue, so bright, you could w... 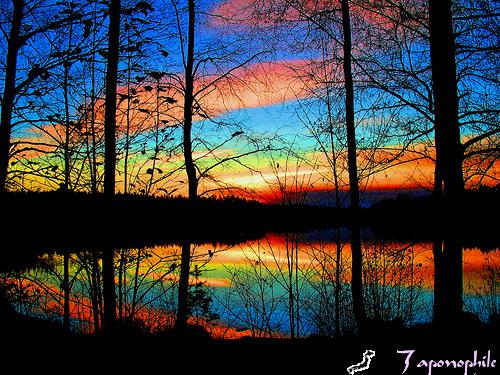 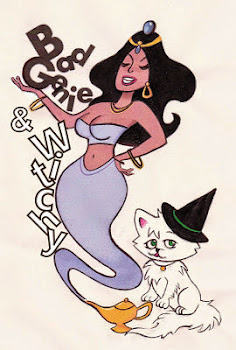 News from around the world 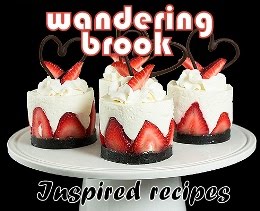 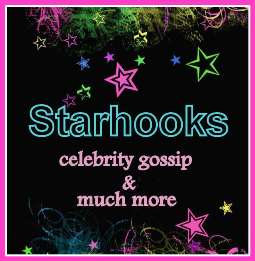 The Genie and Witchy

Maxy - The Dog on the Blog 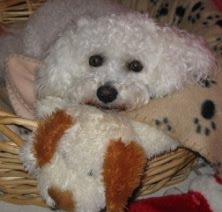 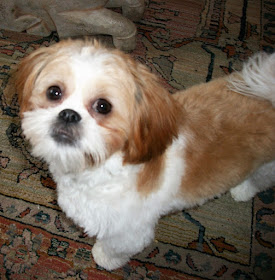 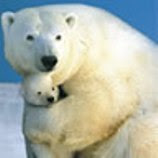 The polar bears are dying. Please help us save them. www.polarbearsinternational.org/ 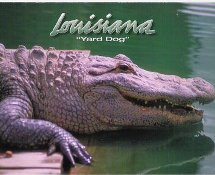